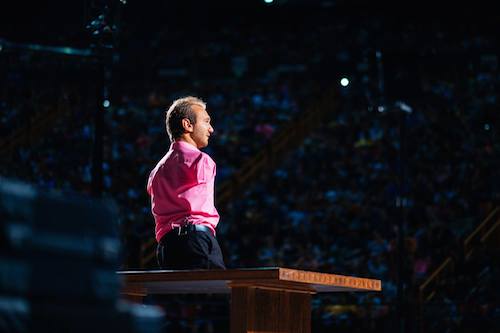 Our little island of Maui will soon be hosting inspirational speaker, Nick Vujicic, pronounced VOO-yee-cheech, of Life Without Limbs. If you aren’t familiar with Nick, let me tell you, he is one encouraging person! He was born without arms and legs, but with loving parents to help him in life and God as his hope, he has been able to turn a seemingly hopeless situation into one that makes him “unstoppable.” Nick has traveled the world, sharing his story with young and old, and has conquered many feats as well, including surfing, skateboarding, diving, golfing, swimming and many other activities!

According to Marlene Rice of the Maui Food Bank, Nick will be speaking to approximately 12,000 Maui students during his trip. Nick’s “No Bullying” Campaign has reached thousands of youth who have decided to do the right thing and stop bullying.

My experiences with bullies left me feeling intimidated, depressed, anxious and sick to my stomach. If you know my personal story, you’ll remember that most grade school days ended with tears and on one occasion led me to a failed suicide attempt. I didn’t tell my parents when I was picked on because I didn’t want to upset them. I thought I could handle it myself, but I was wrong. I should have told them. As I travel around the world talking to tens of thousands of young people, it is evident that no one is immune from being bullied. This epidemic is not unique to North America. Bullying is a global issue. – Nick Vujicic, Love without Limits “Bully Talk”

The community-wide event will hopefully include at least 3,000 people from across Maui. There are many businesses and organizations that have helped make the “Unstoppable Tour” happen including Wailea Realty Corp., Four Seasons Resort, Blue Hawaiian Helicopters, Courtyard Marriott, MauiPrinting.com, basketballMAUI and AVIS. We’re fortunate to have such generous, caring people here in Maui. This community event will be life-changing! So gather your friends and your ohana and head over to be inspired and receive hope. It will be amazing!

To get an update on Nick’s Maui tour visit VerticalMaui.

For a daily prayer focus in conjunction with Nick’s tour you can check out Pray Hawaii.

See this video clip of Nick with Oprah to get a glimpse of what’s in store for Maui. 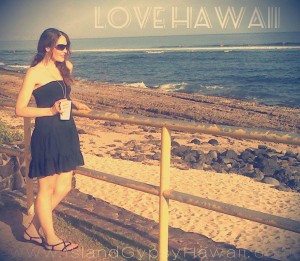 About the Guest Blogger: Jennifer Poppy was born & raised in Texas but has always been an island girl at heart. After moving to Maui in 2012 her lifelong dream of living in Hawaii came true! She sees beauty in the ordinary and has a passion for turning trash into treasure. Follow her Hawaii adventures, upcycling projects and lifestyle photography at islandgypsyhawaii.com.